I'm back in Brussels now, and like anyone getting over a bereavement, I'm a bit emotionally susceptible at the moment.

Which is perhaps why I noticed something beautiful today.

I was walking under the European Commission's main HQ, the Berlaymont building, and under its wing near the metro entrance, there was a Moslem couple, girl in headscarf, kissing lengthily and very sweetly, in public. He was holding her in a very respectful, loving way, like a Disney prince planting his first kiss on the princess in the tower, like she was the most fragile and precious of flowers. And above, the Berlaymont's massive powerful bulk sheltered them and their most absolute right to be kissing in public if they want to.

I'd have taken a photo, but it would have been intrusive.

I mentioned it when I got back to the office, and discovered that they'd brightened the day of several other colleagues as well.

Even at the darkest of times, there's so much beauty and hope in the world.
Posted by Aunty Marianne at 9:39 AM 1 comment:

This is just a quick one to let you know that I'm away because of a very unexpected and tragic family bereavement. Service will resume slowly once we've all had time to breathe a little.

Hug your loved ones and treat each other with the love you all deserve every day. There is not always a tomorrow.
Posted by Aunty Marianne at 7:47 AM No comments:

It never rains but it pours. I have to go home to Bridport for a bit. Would you please cross all available fingers, toes and any other appendage you have enough of to cross. If appropriate cross two appendages of differing types.

Mornington Crescent? But this time... with the Brussels Metro! I'll start you all off at King Baudoin. The goal station, of course, is Eddy Merckx.

Posted by Aunty Marianne at 7:29 AM No comments:

I've been signed off work with stress, which until this morning I was feeling guilty about. My blood pressure blew about three months ago and I've been taking Cozaar to keep it down ever since. However it doesn't seem to be helping with the barely suppressed panic that I'm not getting stuff done. I've been shutting my office door and yelling at colleagues when three of them try to ask me a question at the same time. I've been trying to do two tasks that require me to be in two different rooms at the same time. I woke up at 5am this morning with a racing heart because I'd forgotten to put the rubbish bins out. Physically panicking because I hadn't put the bins out. Sheesh.

It was at that point that I realised the doctor was right to sign me off work.

I've made a list in my office outlook tasks today of the various personal, professional and financial procedures that need to be done before I leave in September. It's about 40 tasks long and each of them are going to need an appointment, or two or three, before they're over. They consist of things like sorting out what I want to take with me, issuing a call for tenders for movers, getting the movers in, making a will, selling the car, renting out the spare room, getting medical check-ups, sorting out admin with Scouse Doris who is staying in the apartment, etc etc etc. It's a lot.

I'm hoping making a list with deadlines will help me deal with it better, cut the elephant up into chunks. Anyone got any other advice? 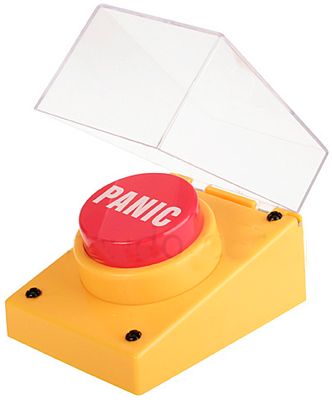 Posted by Aunty Marianne at 3:12 AM No comments:

Email ThisBlogThis!Share to TwitterShare to FacebookShare to Pinterest
Labels: Other bloggers I've met, Stuff that ticks me off

In which I reflect on how bloody lucky I am

I grieve at the moment due to unspeakable horrors blighting the existences of close friends and family. I won't go into the horrors in question because they are other people's business. And so I choose instead today to reflect instead on one of the positive pieces of news I have had this weekend. I also wish to thank the powers that be that my own existence is currently fairly blessed, for which I am tonight trying not to feel guilty.

My beloved cousin C. has emerged from an epic battle involving his nose, a chisel, probably assorted other (hopefully) sharper instruments, and a rowdy horde of recalcitrant but now defunct polyps. He is apparently still quite himself, although morphined up to the eyeballs and sounding a bit like Kenneth Williams (see below) until they take several hundred meters of cotton wool back out of his sinuses. I wonder what will have happened to his previously honourably rugby-bashed nose. I was quite fond of it the way it was.

And now for some Kenneth Williams. They don't do gentleman comedians like this any more.

Posted by Aunty Marianne at 1:23 PM No comments:

Email ThisBlogThis!Share to TwitterShare to FacebookShare to Pinterest
Labels: a good laugh, gory stuff, Stuff that ticks me off Bluefields, Nicaragua. Storms have washed rubbish and filth down the hill into a barrio overnight. People are busy clearing it up. Off on another trip

There may be some fantastic photos when I get back from this one.

Mornington Cresent, I think. Here's the map, clicky to geopen.

Cutty Sark.
Posted by Aunty Marianne at 5:34 AM No comments: